You are invited to fight for your country!

By Ted Wetzel in collaboration with 18 plus everyday Americans

Many Americans are still excited by the promise of life, liberty and the pursuit of happiness for We The People. And many are worried. And others have given-up hope in this great promise. Some question if America was ever the beacon of light it claimed to be.

Many of us, the excited, the worried, the given-up, and the questioning, would work hardtorebuild the promise of We The People, if only we could see an authenticpath to follow. Can our exhausted soulsbe re-energized?.

We must first break a paradox! Democracy has roots in disagreement. That is a fact. The paradox: we Americans, the professed world leaders in representative democracy, free speech, and association, are weak at constructive disagreement. But we can learn to be strong. We can be hopeful..

And a second paradox, that although we have 1.4 million active-duty military members fight-off, primarily, our foreign threats, the biggest threat to our democratic republic (our government of the people, by the people, for the people) is not an outside threat. Our greatest threat is from within*. Specifically, that we are using inferior disagreement methods that tend to divide us as a people. Because We The People are weak at constructive disagreement, we can be manipulated by “elites” desirous of controlling the masses by division. 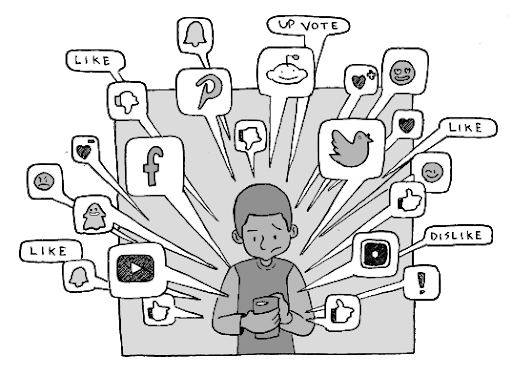 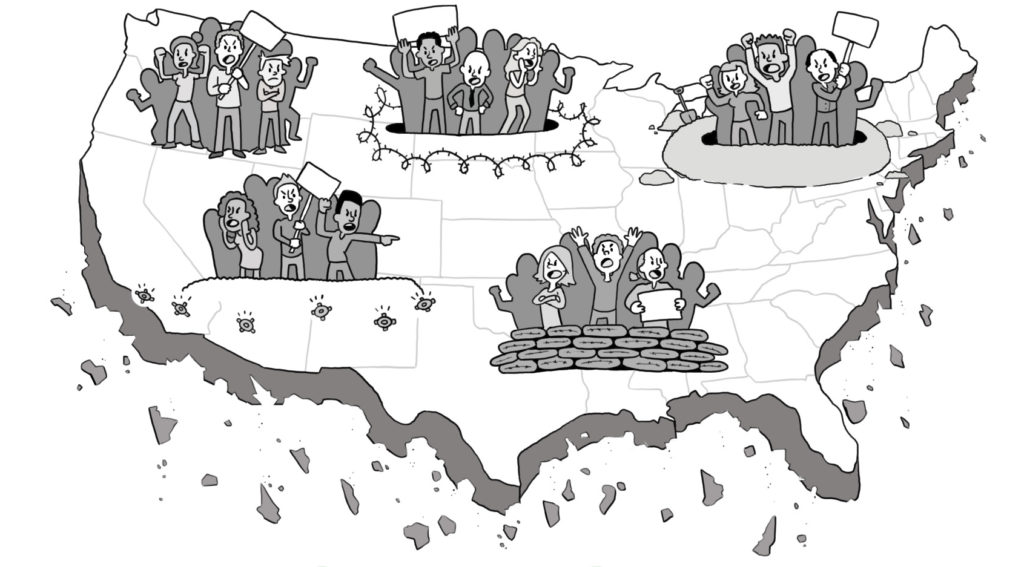 So, this 2nd paradox, is that democracy through disagreement has transformed to divisiveness. We know that to serve democracy, disagreement ought to be collaborative, tolerant, healthy competition(for strong, lasting relationships). Our Founders intended We The People to be a strong lasting relationship, not a transient, divisive one, sorted into winners and losers. “A house divided against itself, cannot stand.” A. Lincoln.

So, do you want to fight for your country?

A new, non-violent militia is forming, like no other. A militia of equal opportunity, and of hard work, where We The People hone tools(not weapons) of constructive disagreement. A militia not for fighting against something, not for dividing, but to “fight” for something, uniting. If you can before, We The People, then a starting place is Dinner and a  Dialogue™.

You are invited. Come, all people of goodwill.

A big picture view about being divided: Dig a bit for yourself to find that during our first 250 years as The United States of America, that we’ve been grossly divided at least 3 times! And in the next 250 years, we are likely to be grossly divided 3 times more. That is one reason why we call ourselves the “American Experiment.”

If America were a piece of software, then consider that We The People(version 1.0) was invented in 1776 at our Declaration of Independence. And consider that We The People version2.0 was re-invented from the ashes of our 1865 Civil War. And version 3.0, was our 1920’s re-configuration of government when nearly half our population was added as voters (white women’s suffrage). Each version was painful, time consuming, hard work, often with slow progress, but became solid building blocks.

Americans in the 2020’s, are now (re)discovering version 4.0.*Admittedly, this (re)discovery does look chaotic, feel clumsy, and is even terrifying for some of us! After all, we’ve never done version 4.0 before, and no one is alive to tell us about 3.0!

*Depending on how one measures the “versions,” perhaps we are on version 44.0!

We may appear to be divided. But we have a history of moving through divides, not a history of staying divided. On the other side of each divide, is a stronger version of We The People.

Isn’t that thrilling?!–That We can be version 4.0!

If we are version 4.0, then we had better start “fighting” for it. Which is why we need a non-violent militia like no other, fighting to understand. The American Experiment seems to make a leap, from version 1.0 forward, when enough of us become aware that a core American Value is failing. Specifically, disparities in the American Values of equal opportunity, and of reaping what you sow. Satisfy your own curiosity by exploring the history of version 1.0 (1776), 2.0 (Civil War), and 3.0 (Suffrage) to find that each had a failure of a core American Value. Each value failure had stewed for decades. Similarly, for today in the 2020’swe can feel like we are in a perfect storm of chaos, of multiple Value failures stewing. Some people believe that our divide in the 2020’s originated at the Vietnam War, or longer ago. Regardless of where the divide began, while we suffer through this perfect storm, it is very difficult to see the emergence of something good, the emergence of version 4.0! Our 2020 perfect storm is “on steroids” when we add the internet, where facts and alt-facts can reach the ends of the earth, creating what often feels like un-social-media.(Many helpful books are written about the fuels we used to arrive at the divided 2020’s. We will not explore them here.) 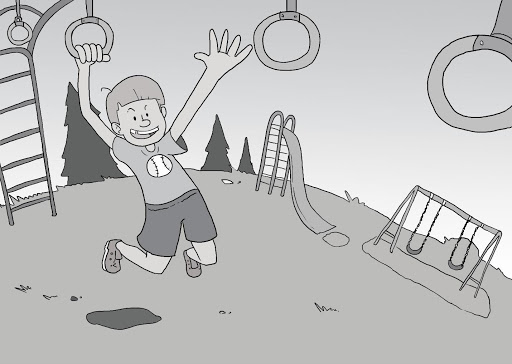 As if we are suffering 3 cancers.

We do find it helpful for dialogueto simplifythe perfect storm into 3 cancers that are attacking our democratic republic.

Everyday people are in pain over broken relationships + being time stressed + bombarded by media fear+ a cornucopia of distractions + the isolation of a pandemic= an exhausted, un-involved We The People, who have checked-out and now have dwindling community bonds to strengthen us.

Erosion of integrity,putting profit and powerahead of truth. Leaders willing to lie for winning (and not just in politics and media).
We don’t mean to sound Biblical (except that it feels appropriate) when we say that despite a century of much progress, that we have become a people living in darkness.*And divided. And weaponized. Ugh. Look again at the 3cancers. It is straightforward to see how the cancers are making a mockery of our political parties, a sham of elections, a circus of our legislature, a crumbling foundation of the citizenry, and wedges driven between family and neighbors. When We The People are distracted, divided, in darkness, quarrelling with each other, it is a rather good environment for accumulators to grow (in power, money and control). We are not saying that the growth of “accumulators” is the “problem.” We are saying that the growth of “accumulators” is a symptom. A symptom of weak disagreement skills by We The People, AND of having no place to strengthen them, resulting in no authentic path for citizen participation.

*Yet arguably better off now than at any time in history.

Almost no one knows that for more than 20 years, there have been several hundred forward-focused Americans*that detected thecancer growing well in advance of the rest of us. They have been experimenting and inventingcancercures to preventdivided-we-fall.We believe that two chemotherapies have taken shape. *See www.bridgeallience.us and www.pfad.us

Make elections (and politics) responsive to the people, rather than to big money. Election Integrity. www.represent.us along with other aligned organizations have emerged to change election laws city by city, state by state, to root out big money and corrupt election rules that create a near total disconnect between voters and those we elected. The work of represent.us is an authentic path toward We The People 4.0.

Democracy is rooted in disagreement. We are just not good at it! But what if you could build constructive disagreement muscles at a disagreement gymnasium, such as Dinner and a Dialogue™?* And what if from that gym, a non-violent study team could be formed to “Fight-To-Understand” divisive topics. And then, what if every county of every state (3,006) had at least one fight gymnasium to learn constructive disagreement, and could form a study-team to deep-dive into divisive topics? If each club had 60 members, then these 180,000 members form a “militia” capable of delivering integrity to the other 330 million of us! Thus, building a Trust-Grid.

For chemotherapy #1 and #2 to work, we must first address two underlying “tumors” (fallacies).
Fallacy tumor: That our divide is about removing the “evil people”. Unfortunately, we will always have a few people of ill-will, and they are not likely to join We The People 4.0. They do not need to distract us. We The People will be productively focused on the complex problems, that need intense collaboration. This tumor is not removed – it is starved by removing its food source, our individual attention! Fallacy tumor: That you (or I) can be fully informed. When it comes to complex problems, not one of us can be fully informed. Whether you consume a 40-second news segment, a full page from the Wall Street Journal, an 8-hour documentary, or a college level course, you will still be tripped-up by your blind spots. So, we need each other for intense collaboration, for constructive disagreement onthese complex problems.Intuitively, we know that one person cannot be a know-it-all, and we know that openness is a helpful posture.
Intense collaboration on complex problems can start with just one Dinner and a Dialogue™. From one event at the local level, we can see. We The People version 4.0 taking shape. We can learn disagreement skills. We can see the reality of study teams forming to constructively disagree about complex issues. Using collaboration techniques and technology, we can see how local Dinner and a Dialogue™ locations can form nodes for building the Trust-Grid across the country. We can see how the Trust-Grid can restore integrity and harmony. And can authentically involve We The People, replacing industries-of-division.

So, do you want to “fight” for your country? Then come. Start with one Dinner and a Dialogue™. It may lead you back to authentic paths of citizenship participation. 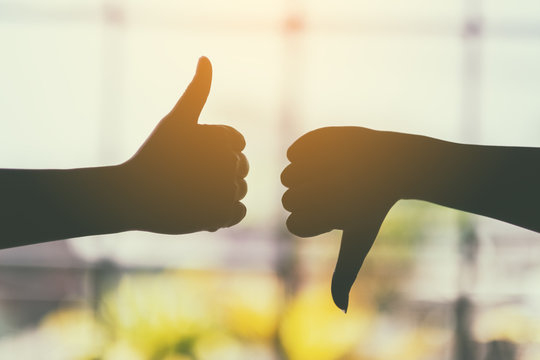 World changers such as Jesus, Mandela, Einstein, MLK, Gandhi, Mother Theresa, and others, all saw the potential for non-violent people acting as a body.

They saw “WE” as our true nature, although often hidden. Our American founders too, saw the potential for a body of people, We The People, and seized the moment in 1776 to move creation forward by a giant leap that we call the American Revolution and the ongoing American Experiment. All to emphasize, that as seekers of version 4.0, we are in really, really good company, and with rich history, mis-steps, traditions, and yes, “amendments!”

Fighting To Understand is a 501(c)(3) Corporation on a mission to make seemingly complicated topics into “simply complicated.” We do this by forming a collaborative cross-section of “everyday” people to fight to understand a topic, in as much complexity as we can muster.  We then present the findings to other everyday people.  Our maiden voyage: Is America Broken?